I recently faced a  scenario where a Domain controller at a remote site became tombstoned after not having replicated with Active Directory for 60 days.  Putting aside how I never noticed this, there was little I could do in this situation.  It’s time had skewed out soo far that it stopped participating with replication.  Whatever the issue, if a domain controller doesn’t communicate / replicate with AD within AD’s tombstone lifetime it will eventually become permanently tombstoned.

The first part to fixing the issue was demoting the domain controller back to a standalone server.  Once performed I could fix whatever issues the network had and re-promote at a later stage.

To work around the issue the command needed to be run with the /forceremoval switch.

Below are the steps to perform a force removal. 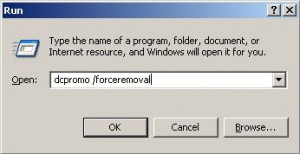 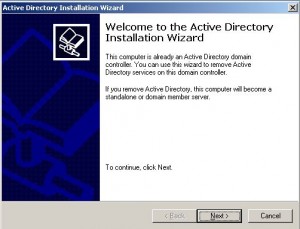 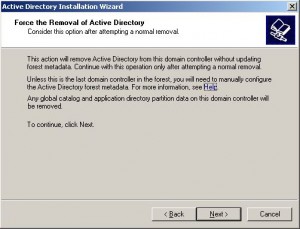 4. Sent a new administrator password for when the server becomes a standalone server. 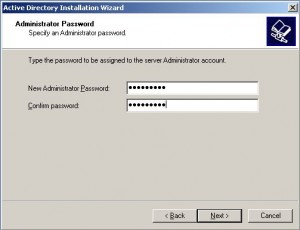 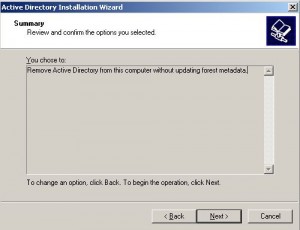 6. Demotion will now start and removal the server from being a Domain Controller. 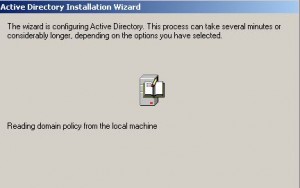 7. Click finish and reboot the server to complete the process. 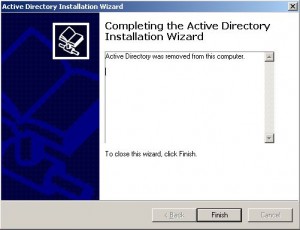 With the server now successfully demoted it can be promoted back to a domain controller using the standard dcpromo command.  Before this can happen, though,  we have to go back to step 5 above and perform a manual metadata cleanup of Active Directory to removal any references to this tombstoned DC.  I’ll be covering this more indepth step in a later post.  Microsoft has a very thorough article on how to perform this process

With the server demoted and a metadata cleanup performed I could happily promote this server back to a DC.   Preventing the issue happening again would mean fixing my monitoring and sorting out any time sync issues… also a post for a later stage.