Another year and another vForum has come and gone.  This has really become a stand out event for me on the local calendar.  For the Australia region this is the closest we can get to VMworld without actually going to VMworld.  This year vForum had returned back to the Sydney Convention Centre which has recently been rebuilt.  Unlike previous years the event had moved from a two day event to one.

My frame of reference for vForum is fairly small as this was only my second vForum Australia (Actually there was a vForum Roadshow in Melbourne a few years back too).  Without a doubt the biggest improvement made was the location.  Bring vForum to the centre of Sydney on Darling Harbour was a big win.  Hotels are plentiful and the views are amazing.

I arrived in Sydney from Melbourne the day before vForum.  My manager from Brisbane was down in Sydney on unrelated work so this was a good opportunity to catch up in person for a few drinks on George St (I can’t believe construction on the light rail is still happening on George St which I also recall from last years vForum).

While I had every intention on going, unfortunately I didn’t make VMDownUnderground this year, an event organised and run by the Sydney VMUG crew the night before vForum.  Last year’s VMDownUnderground was a  great event but I had used the opportunity to have dinner with fellow work colleagues on Darling Harbour.  Being Melbourne based and having most of my team in Sydney I don’t get this opportunity often.

This year I was not only representing myself and my organisation but also VMUG as the Melbourne Leader.  With the help of VMUG HQ and the vForum event planners the local VMUG Australia chapters pooled our time and resources to run a booth.  There were ~40 vendors on the showroom floor this year.  VMware and the event planners did a great job with vendor layout with all locations being great.  We, VMUG, were lucky enough to secure a prime location across from VMware in the centre of the showroom right next to the VMware charity water challenge.

While my day started off at 7 AM helping to setup and prepare the VMUG booth.  The official start of vForum Australia was the keynote at 9 AM with VMware COO Sanjay Poonen opening.  The attendance for the keynote was huge.  The entire keynote hall was almost completely full, a real great buzz to it.  The keynote sessions ran till just after 11 AM.  At which point a large proportion of attendees to the keynote left the event (or possibly went to the side events).  Though that didn’t deter from the atmosphere during the remainder of vForum.

Foot traffic around and to the VMUG booth was nothing short of amazing this year.  Having a Claw Machine full of plush toys at our booth I’m sure didn’t hurt either.  This was a huge success in drawing attendees to our booth.  Not only attendees but vendors and VMware staff were lining up for a game.  One of our original goals, as VMUG Australia, was to promote the upcoming Sydney and Melbourne UserCons but we quickly switched to brand awareness for VMUG.  I was amazed to find out so many people still hadn’t heard of VMUG! 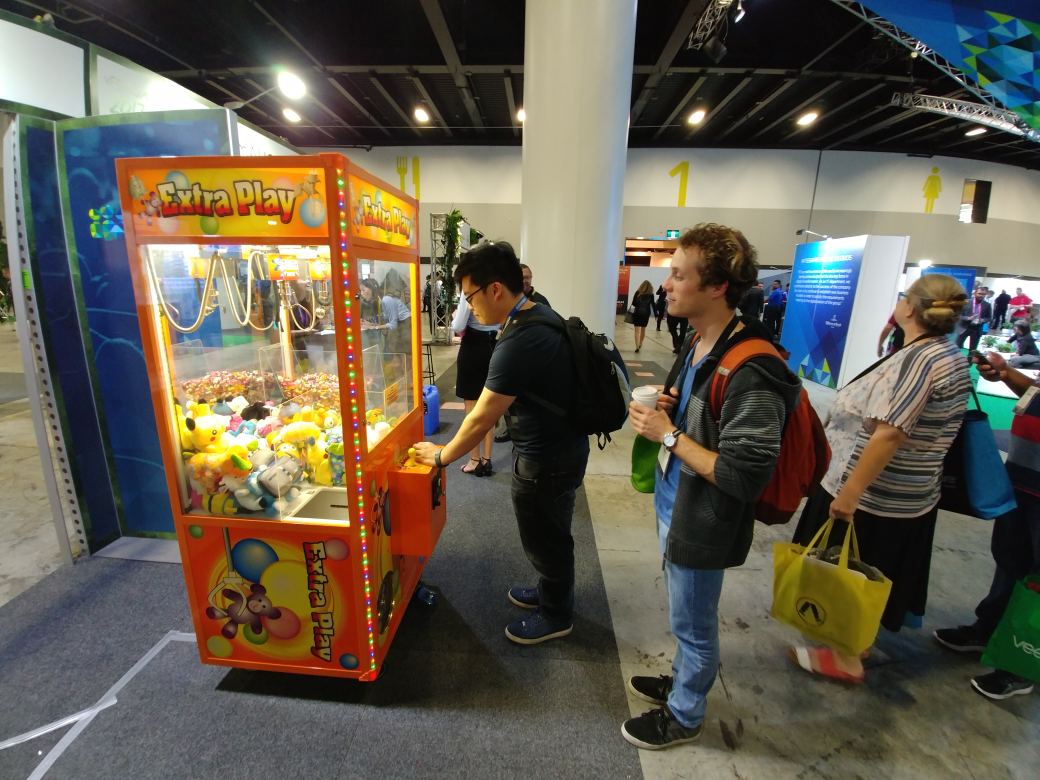 vForum Australia ended with the after party at Hard Rock Cafe right next to the convention centre.  A great opportunity to wind down with friends and finally grab some food and drinks.  Compared to last year’s vForum party with Rouge Traders playing (whom I’m a big fan of).  Hard Rock was a slightly more subdue affair.  It did lead to a more intimate setting where you could have more meaningful conversations with people, so in that regards a success.

I still had a little bit left in me after Hard Rock.  So before calling it a night I headed back to my hotel to drop off my swag and have a shower before heading out for a few drinks and cocktails with some vForum friends at Palmer and Co.  A small underground bar set in a 1920s speakeasy style.

While I would have like to see vForum as a two day event, particularly with the addition of Transform Security and Empower Digital Workspace events running at the same time.  Whatever the format VMware and vForum always put on a great event for attendees.  I’m already looking forward to next year with catching up and meeting new people in the community.