During this years VMware {code} Hackathon at VMworld Vegas I submitted a team project which ran PowerShell within the vSphere Client.  To achieve this I had to create a Docker container running PowerShell Core.  During development I ran the container on an Ubuntu Linux server.  For my final submission at the Hackathon I wanted to minimise the dependency to run a separate Linux VM.  So I created a process to install and run Docker directly on VCSA 6.7.

The process to install and run Docker within VCSA 6.7 is surprisingly very simple.  As a reference I used a blog post from William Lam but with a small modification to correctly load the Bridge module in VCSA 6.7 (as opposed to VCSA 6.5 in William’s post).

I thought I would share the steps I used below for others to experiment with.

Step 1.
SSH to the VCSA VM and enter the Shell

Step 2.
Load the kernel module to start the Docker client. (This step needs to be re-run if the VCSA is rebooted)

If successful no information should be returned.

Making the Bridge module load after a reboot (Optonal)

As with William’s process to install and run Docker Step 2 needs to be re-run each time the VCSA is rebooted.  The solution to make the Bridge module automatically load after a reboot happens to be exactly the same.  I’ve included the specific commands to simplify the process.

Step 1.
Make a backup of the file we are going to modify.

Step 4.
Specify the name of the Bridge module to load at reboot

That’s all we need to do to start running containers on VCSA 6.7.  Excluding the steps to have the Bridge module persist after a reboot and it’s even simpler.

If you want to test your first container on VCSA you can try my Docker image I build for the Hackathon.  The steps are very simple and listed out below.

Step 1.
Download the two required files from my GitHub repo 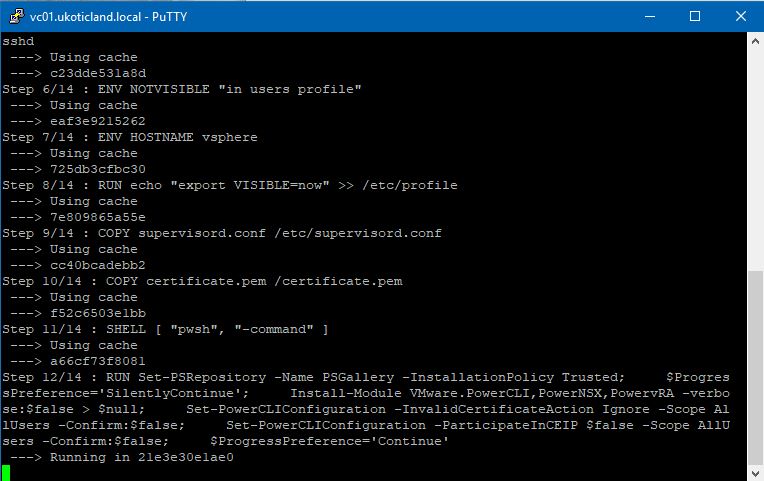 Step 3.
Start the container with this image

You can check if the docker container is running with the below command.

Step 4.
Open a web browser and test if you can connect directly to the container through the browser and login to the PowerShell prompt. 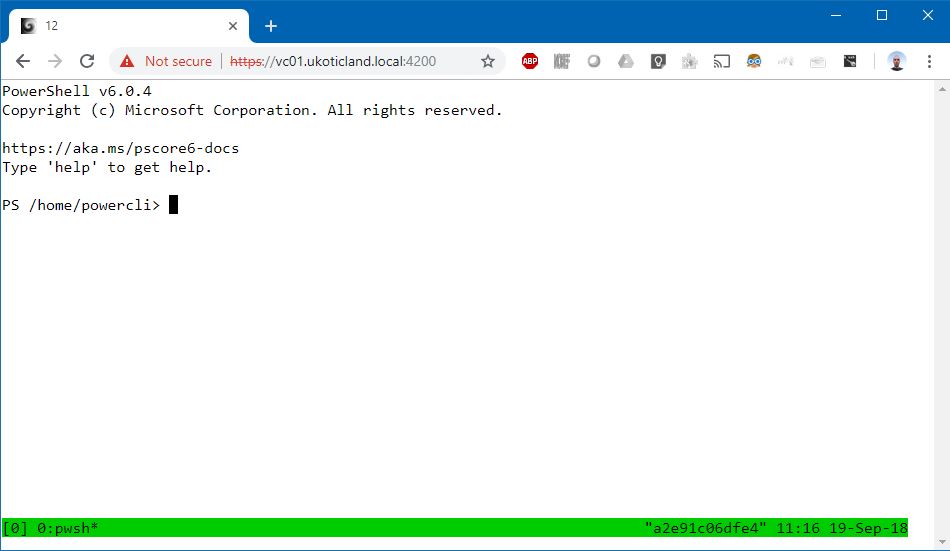 I hope that was all fairly straight forward  to understand.  It’s actually all very simple to achieve under VCSA 6.7.  As in William’s post, none of this is supported by VMware, so user beware.  Though I have been playing with Docker inside of VCSA 6.7 for quite a few months now with no noticeable issues.