I’m pretty impressed by the Intel NUC’s (D34010WYB) power consumption.  When the NUC is powered off the power button LED is illuminated with a very weak green.  You can only really see the green with the lights off in a dark the room.  In this standby state the NUC consumes 0.6 Watts of power.  It’s a modest amount that could probably come down by playing around with the WOL settings in the BIOS.

During boot-up of ESXi from USB the NUC consumed between 14-15 Watts.  Once ESXi booted with no VMs running the NUC consumes a steady 10.9 watts.  I have to be honest and say I’m pretty blown away by that.  That’s soo much better than I imagined! 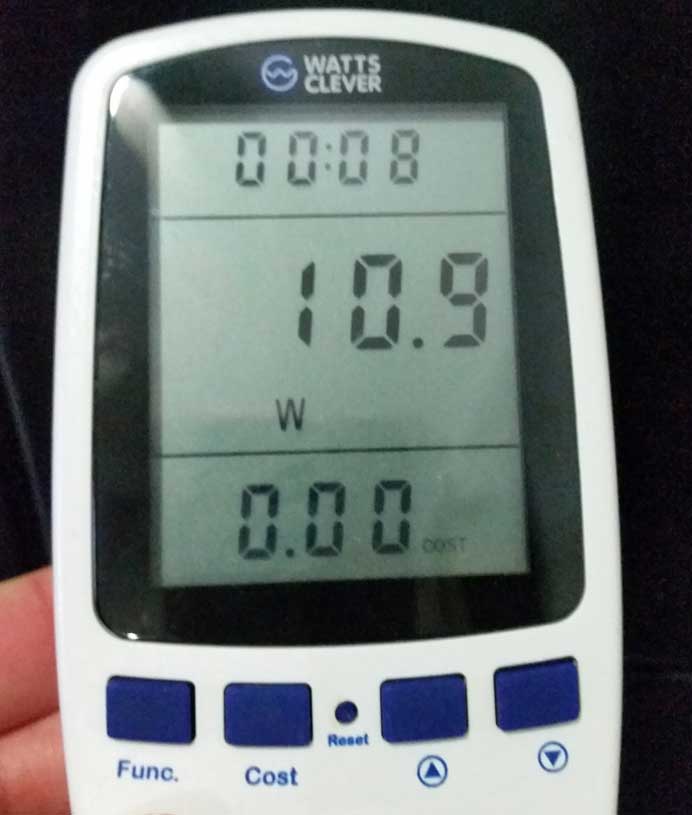 The 4th Generation NUCs run the Haswell microarchitecture.  A key feature of this architecture is their low power consumption.  So I was curious to see how much power it would draw under a CPU stress test.

My test was by no means scientific.  I ran two VMs with ESXi.

On VM2 I ran a CPU stress test tool called Prime95.  A freeware application that finds Mersenne prime numbers and has become a popular stress testing tool in the overclocking community.  The CPU on VM2 instantly jumped to 100%.  Back over on the ESXi Host the physical CPU also jumped up to it’s maximum 1.7 Ghz.  Looking over at the power meter during this time showed a maximum of 16.5 watts. 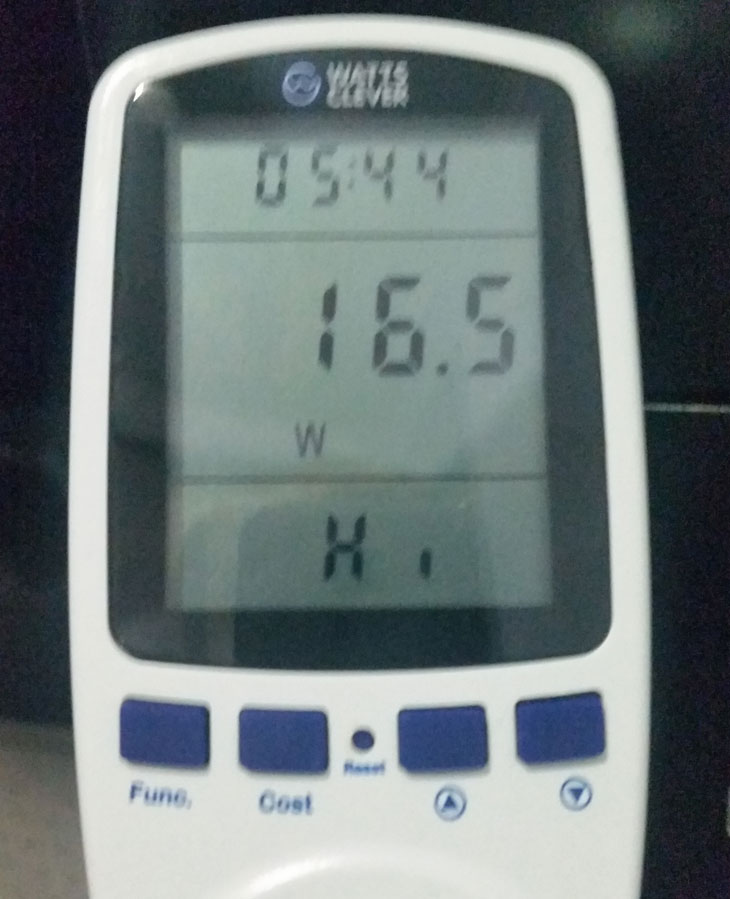 So at idle the NUC comsumes a steady 10.9 watts an hour.  If I factor that out over the year by the typical cost of electricity in Australia.

The low power consumption of the NUC was only a small selling point of purchasing it.  It’s nice to now know that it will come with some really savings over time.  I’ll now be gladly retiring the old Lenovo desktops in favour of a few NUCs.

3 thoughts on “Part 3: Powering a NUC off a hamster wheel”